CHRISTMAS SALE! Discounts up to 30%

Your Cart is Empty

What Is a Lumbersexual (and Do You Want to Be One)?

So you happened to come across the term ‘lumbersexual’ or even better — you’ve been called one by someone you know. Chances are, you’ve seen a lumbersexual around or even unwittingly been personifying this word all along.

But what makes a lumbersexual so unique and how do you spot one? This guide explains everything you need to know about this elusive yet omnipresent identity. By the time you’re done reading this blog, you’ll pretty much be an expert when it comes to spotting lumbersexuals in the wild.

What Does Lumbersexual Mean?

The word lumbersexual follows in the tradition of words like ‘metrosexual' that are used to describe men’s style and fashion.

The word was originally coined as a combination of the words ‘metropolitan’ and ‘heterosexual’ to describe a particular kind of style that was slowly becoming popular among men in increasingly commercialized urban areas.

A metrosexual man lives in a city and has a well-paying job in this modern-day world, leaving him with money to spend on fashion, grooming, and lifestyle.

Metrosexual men care about their appearance and make sure to refine it as well as they can by doing a handful of things like:

If you still can’t picture a metrosexual, perhaps this fact will help. Though the term can be traced back to the late 1990s, it became popular after it was used to describe David Beckham in 2002.

So if all this explains a metrosexual, what does lumbersexual mean? Well, a lumbersexual is in many ways a complete contrast to the kind of man that would be considered an ideal metrosexual.

The term itself is a combination of the words ‘lumberjack’ and ‘heterosexual’. As you may already know, lumberjacks were workers who cut trees by hand for wood and other forest products in the 1900s, mostly in North America. Lumberjacks used to work in woods and forest areas, often in uncomfortable, cold climates. Cutting trees by hand was a strenuous job that didn’t get them all that much money. It was also a dangerous job done without the protection that modern-day industry workers have.

As a result, the job was often associated with strength and toughness. Lumberjacks lived frugal and straightforward lives and were far away from the ease of modern life.

Lumbersexual is a play on the word that describes a look derived from the lifestyle of a lumberjack but without the work itself. The wild habitat of lumbersexuals is the city, where they can be found working in swanky software startups and relaxing in upscale pubs and cafes.

Unlike the metrosexual, lumbersexuals are characterized by their apparent carelessness towards their appearance. A lumbersexual’s rugged masculinity is a contrast to metrosexual’s refined and highly groomed style.

No matter where they live and what they do, lumbersexuals dress and groom themselves as if they could be chopping up wood in far away, cold, North American forests and spending their evenings in a log cabin, drinking beer.

Now that you're a little more familiar with lumbersexuals, your next question will probably be ‘but what do they look like?’

While some tend to confuse this style with that of a hipster, the reality is that lumbersexuals are far more rugged and tough in their appearance. Hipster fashion, on the other hand, pays a lot more focus on retro and vintage aesthetics.

A few distinct aspects of the lumbersexual style are mentioned below, right from their shoes to their beard. Let’s see what they are.

Plaid or flannel shirts are the most widely accepted characteristic of a lumbersexual male. These shirts are low maintenance and widely available and give the impression that the person wearing them loves to head outdoors for a quick stint of physical work or a full-fledged camping trip in the woods.

They are warm and loose and will never have you mistaken for someone who cares too much about his appearance. Lumbersexuals are often seen wearing loose red and black plaid shirt as if they have no care in the world, no matter what the occasion or dress code.

Straight blue jeans are classic, versatile, and so comfortable that they give off the perfect devil-may-care attitude that lumbersexuals are known for. Blue jeans, like checkered shirts, are known to be something you can wear again and again without worrying about them getting worn out. The wear and tear adds to their character, and complements the lumersexual's ruggedness.

This is a stark contrast to the tailored and high-quality trousers that metrosexuals are characterized by.

The perfect pair of shoes to tie the whole lumbersexual look together is a pair of hardy and rugged outdoor work boots.

These shoes can be worn from day to night, from bar to hike, and from office to a party that you are tastefully and consciously underdressed for. Not only do they give off the feeling that you've just cleaved your way through a pile of forest wood, but they also make any pair of loose jeans look great.

One of the characteristic features of this look is the signature style of grooming. Lumbersexuals often like to go for a shaggy beard that covers most of their face. This is reminiscent of the classic lumberjack look.

However, lumbersexuals often reserve the unkempt look for their beard while keeping the rest of the hair at a reasonable length.

However, the facial hair is not necessarily a result of actual carelessness and a lot of maintenance can go into achieving the perfect unkempt look.

Do You Want to Be a Lumbersexual?

If the features listed here are not already describing you, you might be feeling curious about whether you want to try the look yourself. After all, there is a lot of appeal associated to this unkept style, making it a rising favorite in men's fashion.

The lack of grooming, the carelessness and most of all, the ruggedness has become a carefully maintained aesthetic because there is something very rustic and attractive about it, no matter what setting you are in.

If you are someone who doesn’t like spending too much time on your looks and fashion and find yourself gravitating towards a no-nonsense wardrobe and lifestyle, then this look might be for you.

Lumbersexual style, unlike metrosexual aesthetics, does not require a high budget or a lot of time. You can make it as efficient and convenient as you want and the seemingly limited choices of clothing has its own advantage.

This style works well in all kinds of weather conditions and occasions. As you adopt the style, you might even find yourself embracing the lifestyle, which has its own benefits as well.

You can get handy around the house and save money by fixing and building your things. From fixing your own car to doing woodworking projects, the lumbersexual lifestyle is very easy on the pocket if done right.

Make the Style Your Own

Though we have put together the most commonly noticed aspects of lumbersexuals and their style, that doesn't mean you have to fit exactly into the stereotype.

The essential ideas driving lumbersexual style are simple and derived from the lumberjack lifestyle. They prioritize simplicity and practicality. They incorporate styles that are convenient and lend themselves well to ruggedness.

If these are qualities that resonate with your personality, you can very well go ahead and make this style your own without forcing yourself to fit precisely into the mold.

Something as simple as adding a wooden watch to your daily wardrobe could just about do the trick and highlight your love for all things organic.

On the other hand, if you're naturally someone who likes their classic plaid shirt, blue jeans, and work boots combo, then there is no shame in leaning into the stereotype and owning the lumberjack look entirely! 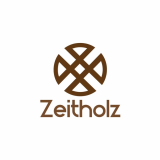 How to choose the perfect watch for your wrist size

#CoupleGoals: Wood Watches for Him and Her

Be the first to know about upcoming sales and promos. Get a 10% discount coupon when you subscribe!

Get 10% Discount on the Entire Zeitholz Store!

Register now for the exclusive Zeitholz newsletter and receive all the latest news, offers and an instant discount of 10%.